I've been working on a shared colour palette for the textile collaboration. Because of the difficulty in getting an accurate colour match on a computer screen or printer I decided to use watercolour and give everyone a postcard version of the palette instead.

Just to give some idea, here is the final palette below. Although the colours look different on screen they are essentially a mixture of strong canal-boat inspired colours on the right, and more watery grey, green and blue on the left. 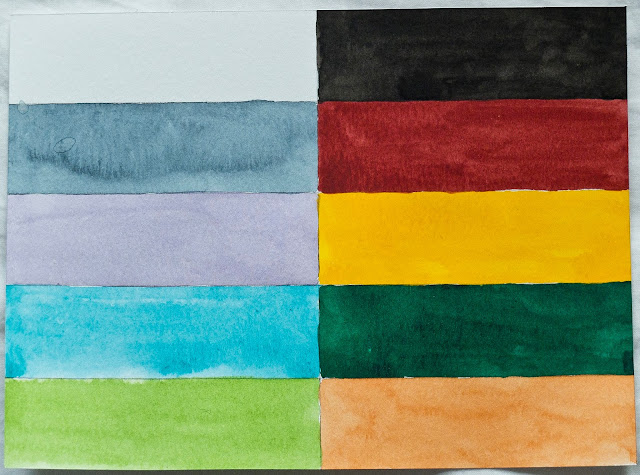 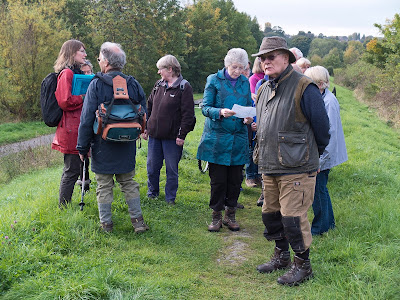 On the Morning of the 15th October, twenty or so of us gathered in the Canal Road area of Newtown and set off in search of clues and traces along the 'ghost' section of the Montgomery Canal between Newtown and Pwll Penarth. We were a varied group including geologists, historians, poets, artists, canoeists and the generally curious.

We started at the remains of the last bridge, just before the mysterious and now filled in canal basin. Joining the dots from there we followed the line of the canal taking in the sites of missing bridges, the canal-influenced architecture, the pump-house and a missing lock, hidden canal-side sheds and bridges.

Stopping at spots where the aura of the canal as a living, industrial entity was still at its most concentrated and potent, I supplemented the power of the imagination with images of artefacts I have come across in archives and museums during the residency.

Most of us on the walk were familiar with the route we took, but we attempted as a group to strip away our habitual responses and look in a different way. Contributions from geologist Andrew Jenkinson and Kate Lynch, Heritage Officer from the Canal & Rivers Trust, added insights from other angles. 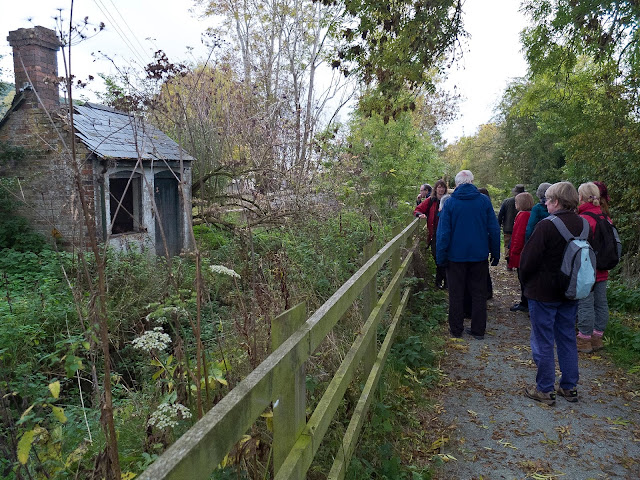 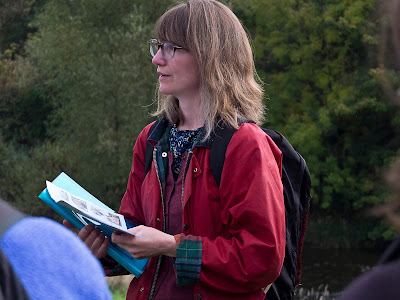 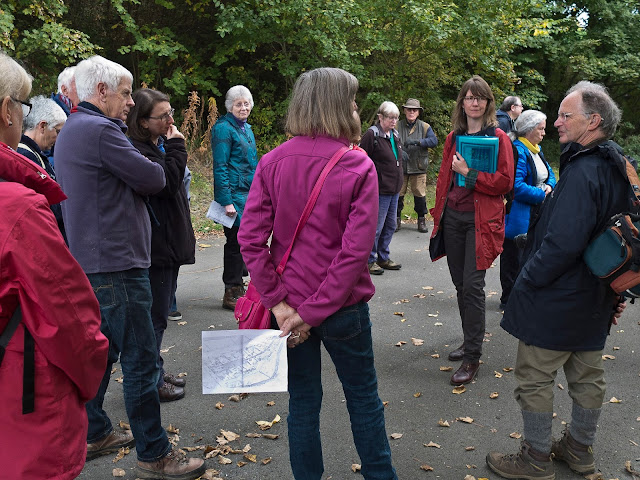 At the end our walk and talk evolved in to a well-earned chat and sip at Newtown Market Hall. 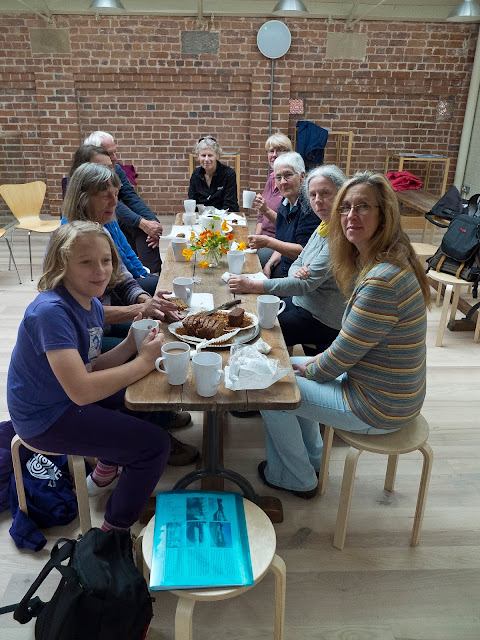 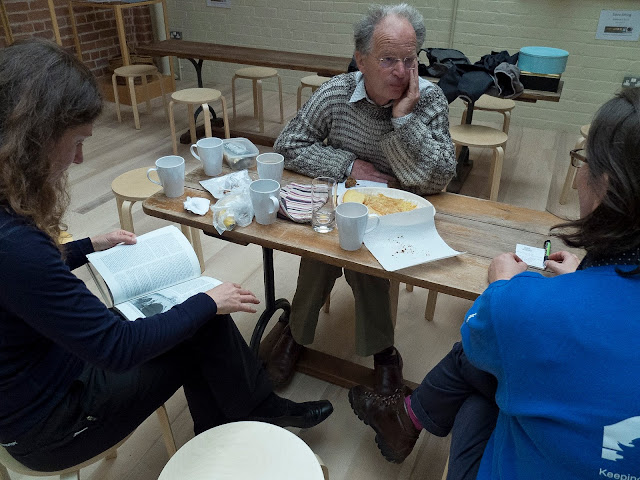 Progress on the Monty Canal Modelling Kit! I've moulded the first miniature 'fish-belly' bridge beams, making it possible to model one of the Monty Canal's signature bridges. They are a very satisfying shape to pull out of the mould, and on this scale a lot easier to handle than the original cast-iron ones... 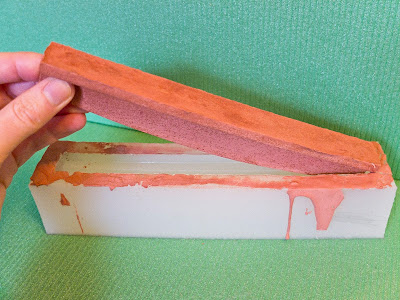 Like the bricks, these have been cast using plaster with added iron - so they are almost authentic! The red colour gives them a look of rusty rather than fresh cast-iron. 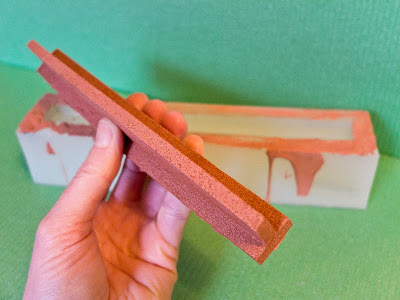 I found a few volunteers after the Canal Field Trip last Thursday to try out the new components. 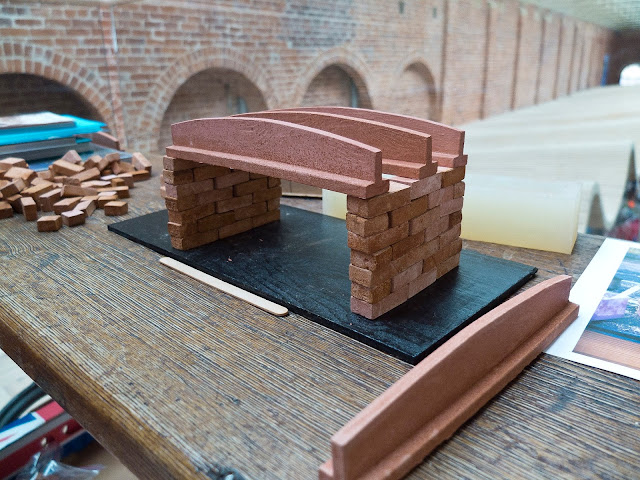 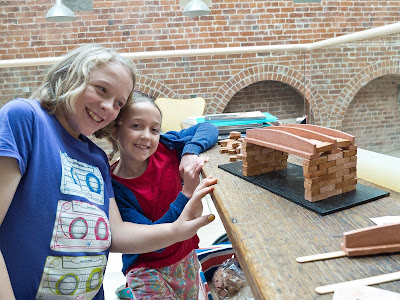 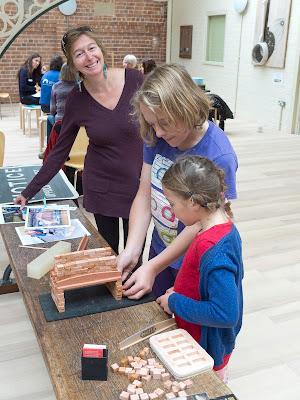 The model below ended up with an unorthodox but intriguing staircase detail. 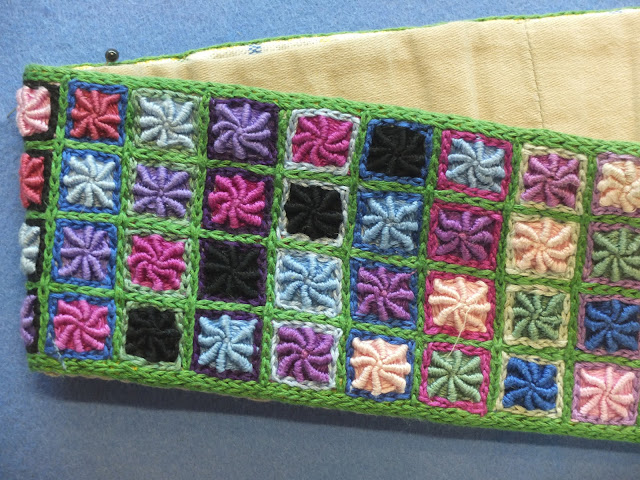 I'm getting ready to meet up with a group of stitchers from the Llanymynech area on Friday, to start designing a collaborative textile piece for the Montgomery Canal.

Last weekend I visited the National Waterways Museum in Gloucester, and found some nice examples of stitching by canal boaters. These belts using 'spider stitch' were apparently made for the boatmen by their daughters. 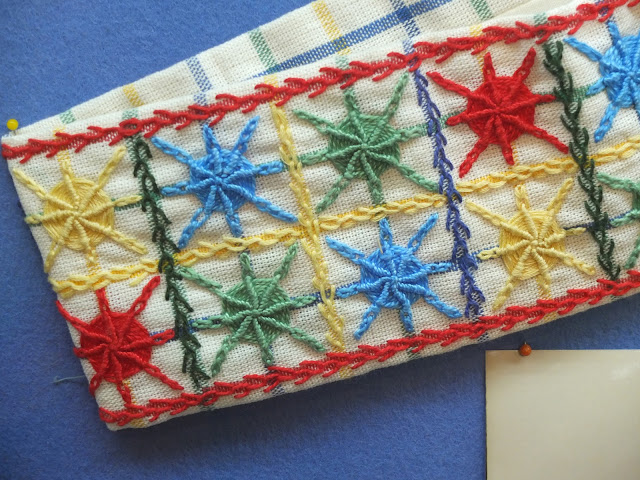 Last time I met up with the group we talked about designing applique motifs inspired by canal flora and fauna, and someone mentioned bulrushes. Minutes after leaving that meeting I came across some lovely bulrush specimens near Llanymynech and took a few photographs for future reference... 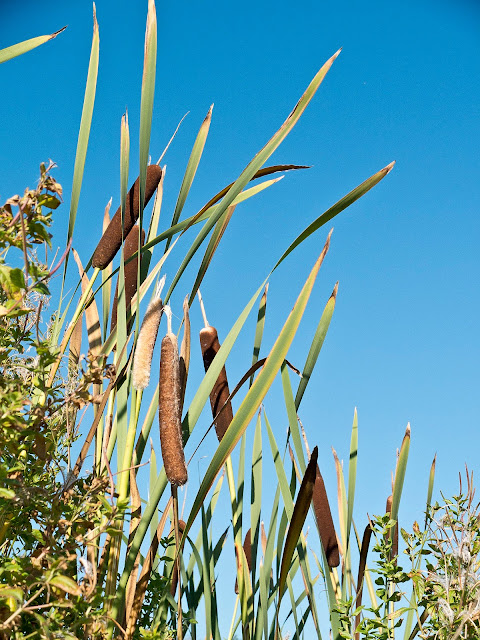 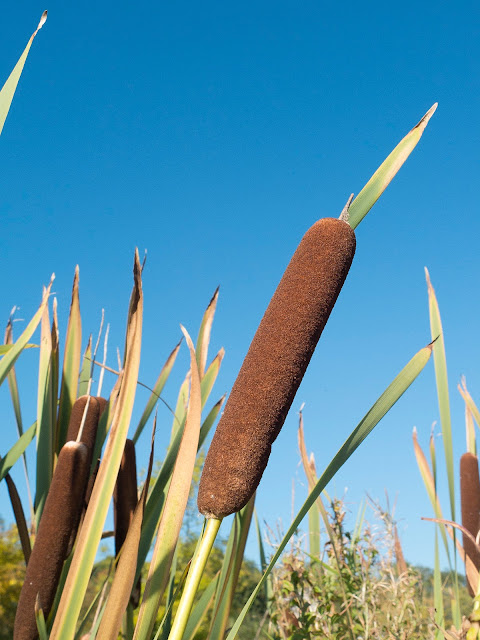 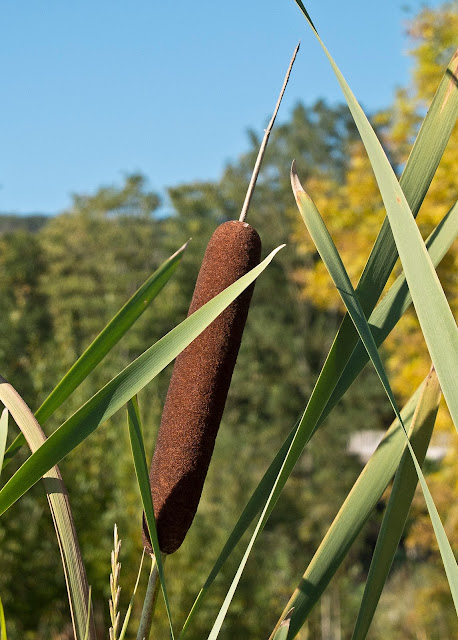