Work in Progress for 'Navigations' Exhibition

Here are a few shots of work in progress for the Navigations show... 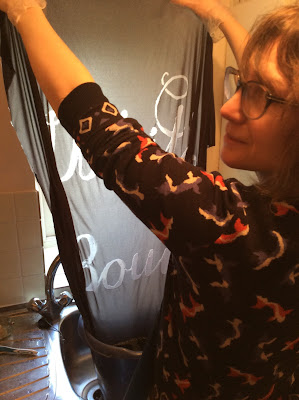 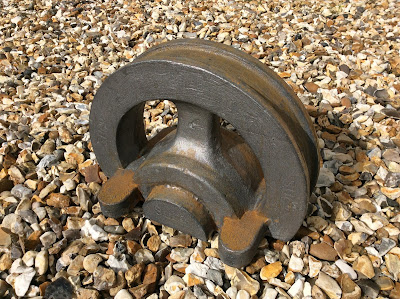 One of the casts from the Ellesmere yard patterns, very quickly developing a layer of rust. 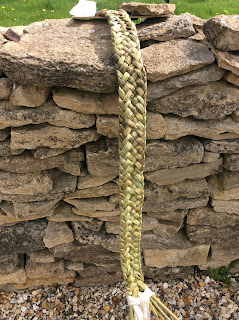 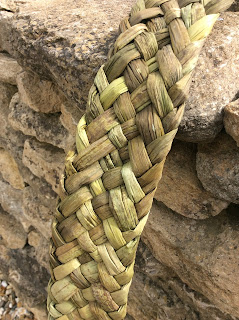 Making 9-braid plaits from bulrushes, which I then sewed together to make rush matting, which was one of the materials used to line canal beds in ancient times. 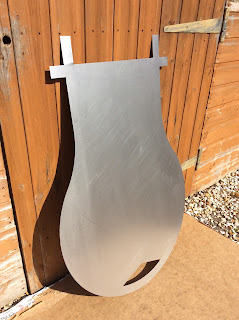 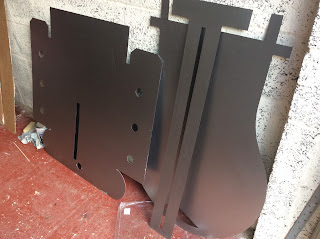 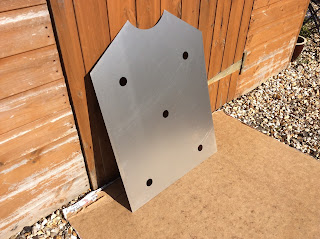 Shapes cut in steel sheet, based on a template at Ellesmere canal yard for a fire box that went inside a Fly Boat. The fire box would have held the ashes of the stove. 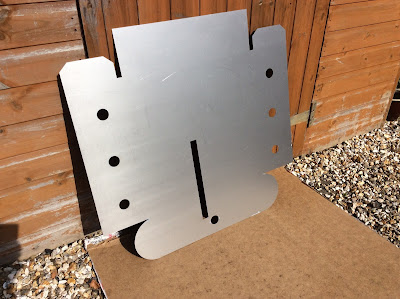 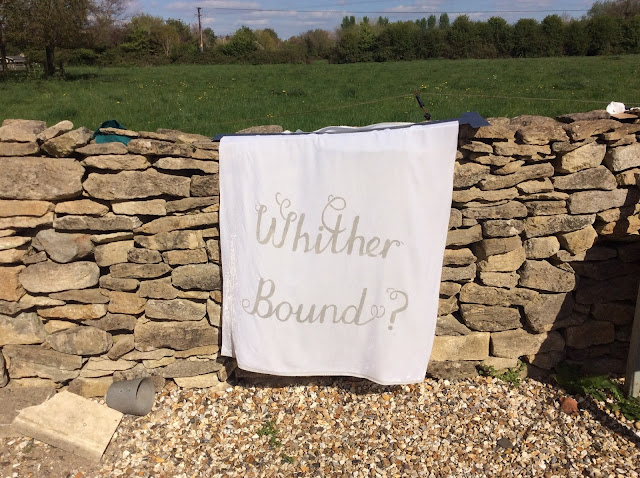 The banner, before dyeing. 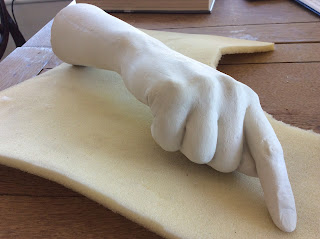 Slip-cast ceramic hand, which will poke through the bulrush matting, a nod towards the tale of Hans Brinker who stopped a hole in a water dyke with his finger.

It's hard to picture at the moment but there is a plan to bring all these things together in the final installation at Oriel Davies. 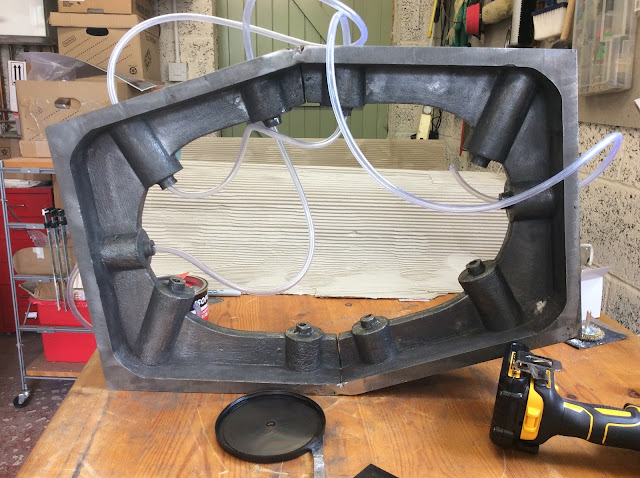 The second cast iron shape, above, is a bit of a mystery. I haven't been able to find anyone who knows what it was for. That is partly the attraction, as it suggests a lot of things, such as holding something in  place, or hydraulic channels. The original part has been cast twice and joined together to create an irregular hexagonal frame. 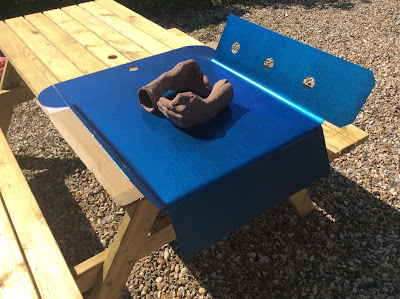 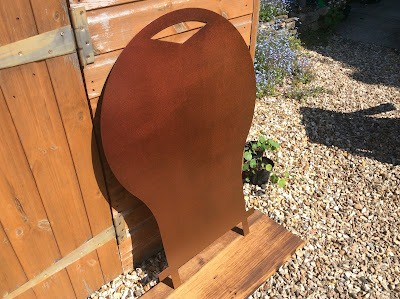 Testing out the effect of the polychromatic paint on the steel shapes.
Posted by Mair at 02:58 No comments: 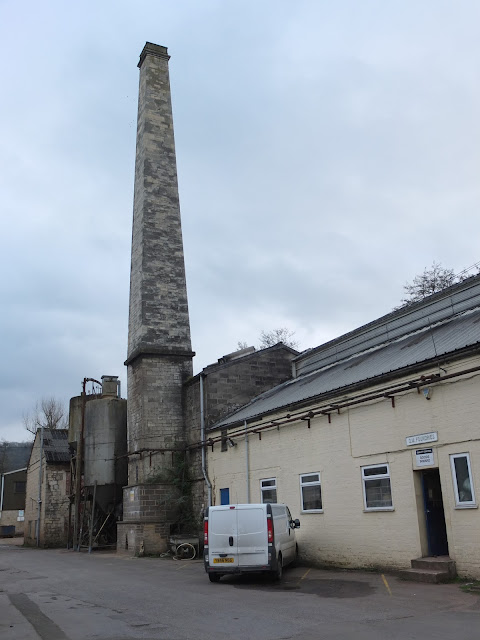 Whilst dropping off some of the Ellesmere yard patterns to be cast at the foundry in Stroud, I took the opportunity to look around the yard and inside the buildings at some castings in progress. It turned out to be a bit of a treasure trove, if you like this sort of thing! 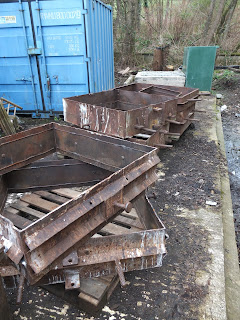 Old casting boxes - the top half is the 'cope' and the bottom half the 'drag'... 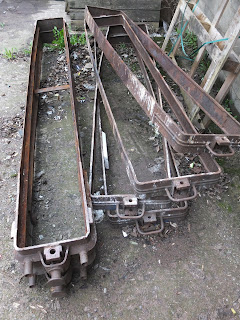 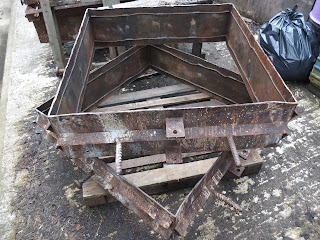 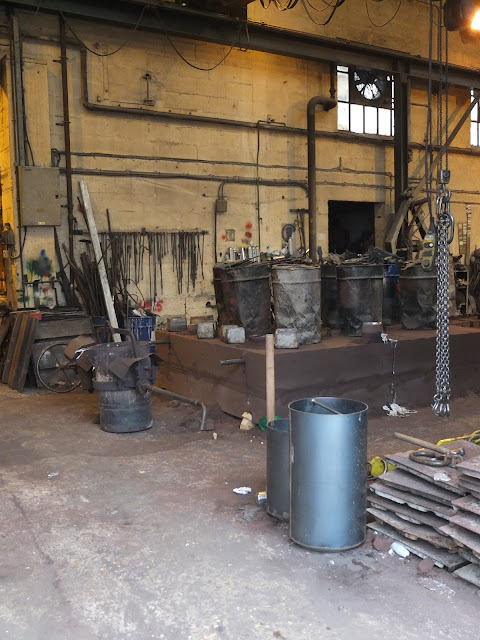 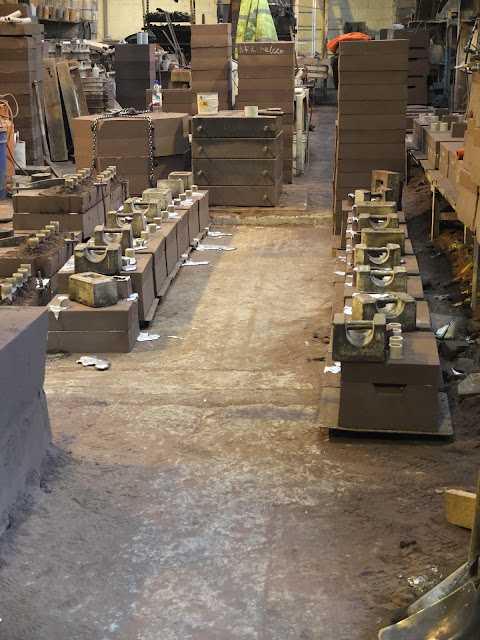 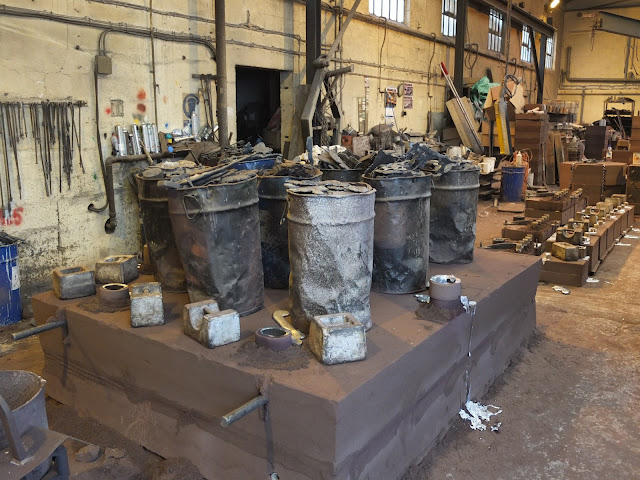 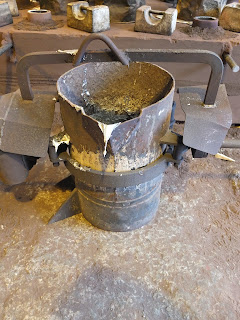 Pouring bucket for an aluminium cast. 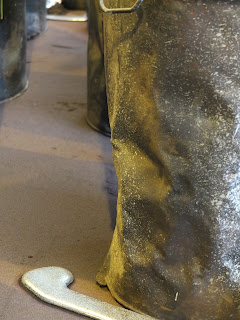 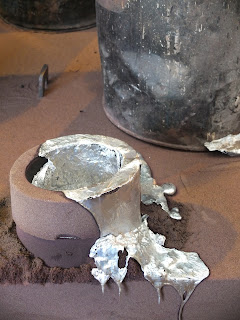 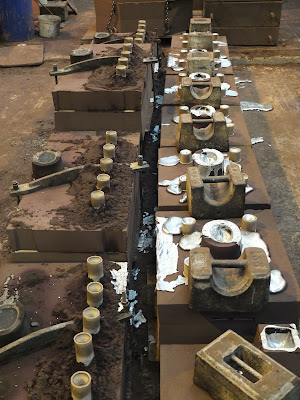 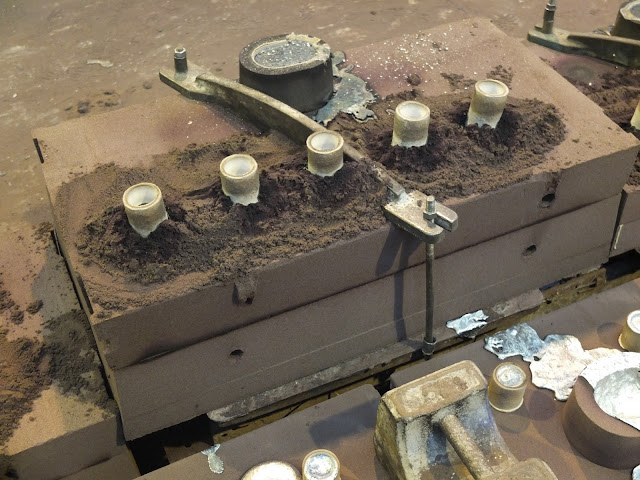 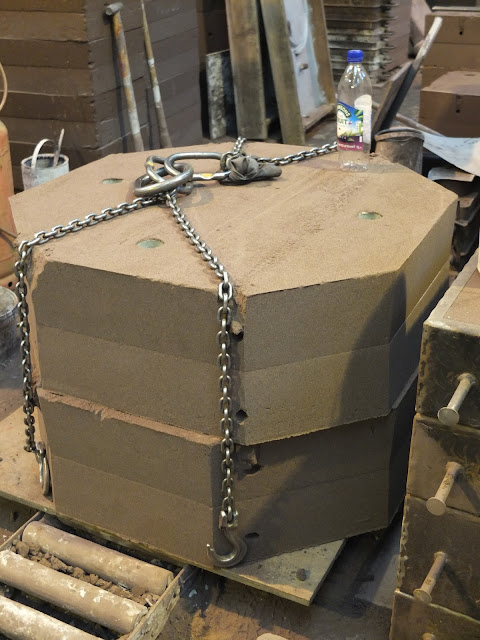 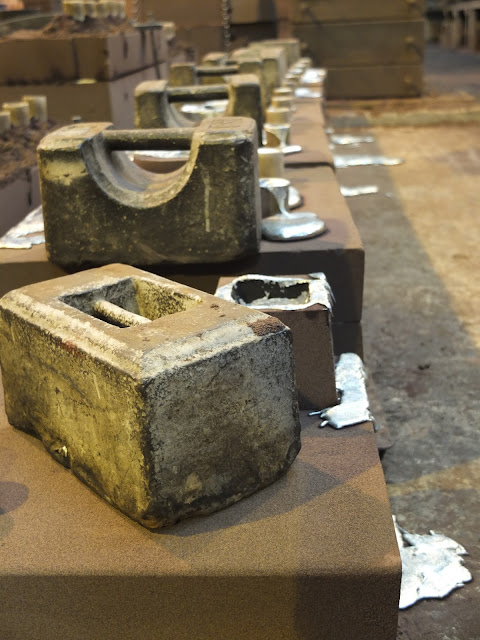